The Russian River flows through central and western Sonoma County.  With its tributaries, it drains most of the northern, central and western part of the county.  In addition to providing much of the county with drinking and irrigation water, it is a vital wildlife habitat, particularly for endangered salmon and steelhead, and a major recreation asset for the county. It’s used by all and abused by too many. Everyone claims a right to use it, but no one feels a responsibility to care for it.

The beaches and sandbars along the river are popular picnic and party spots, and with the onset of summer, quickly become littered with cans and bottles, food wrappers, plastic bags, campfires, discarded pool toys and beach chairs, and lost or discarded clothing.  Tippy canoeists add a steady stream of chip bags, sunscreen tubes, drink bottles and sandals to the river. Fishermen discard plastic foam bait containers and packaging from their tackle. 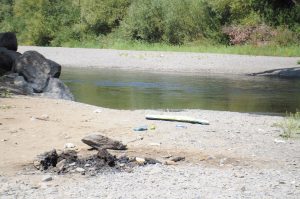 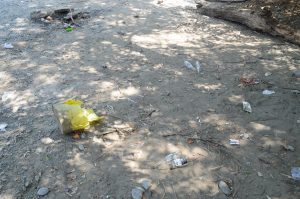 Some people see the river as an alternative to paying dump fees, especially along the more isolated reaches where there is a minimal risk of being caught. Therefore, household garbage, broken TV’s, microwaves, mattresses, easy chairs, construction and remodeling debris, and automobile parts and tires are thrown down the banks, to be ultimately washed downstream. 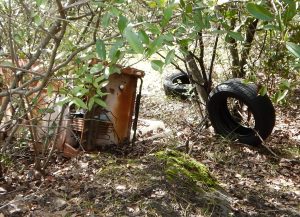 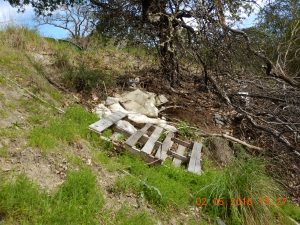 In the summer, the riparian forest along the banks of the river becomes an attractive place for people who have nowhere else to live.  With no public services, the nearest clump of willows becomes a handy garbage can. 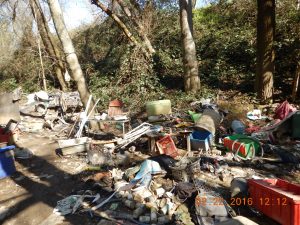 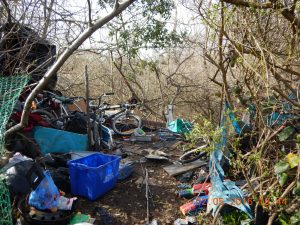 Agriculture, particularly grapes, is a major activity along the entire course of the river.  Agricultural debris, such as plastic sheeting and netting, pipe, hose, buckets and other containers, often find their way into creeks and then into the river itself.  During heavy rains, flood waters sweep through fields and riverside houses, taking away everything not fastened down and some things that were.  Cleanup crews have recovered everything from smashed canoes to the kitchen sink including, surprisingly enough, an empty casket! 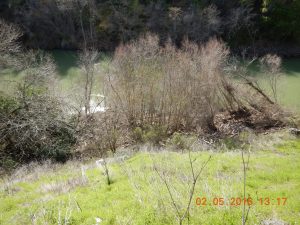 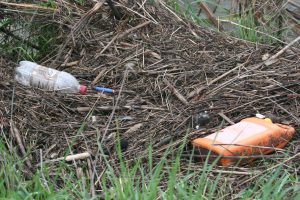 Help clean up our river with the Russian River Watershed Cleanup!

Thank you to @First Republic Bank staff for joining us over the weekend for our monthly cleanup along Prince Memorial Greenway! Want to give back to your community? Sign up to volunteer on Sept 18 for Russian river Watershed Cleanup Day at https://russianriverkeeper.org/rrwcd/Choose from 9 locations, or let us know if there’s another spot you’d like to make shine. Cloverdale First Street BridgeGeyserville BridgeHealdsburg walking routesTown of Windsor walking routesSanta Rosa Creek at Olive ParkForestville Steelhead BeachForestville Sunset BeachGuerneville Johnsons BeachMonte Rio Recreation and Park District ... See MoreSee Less
View on Facebook
· Share

Thank you to everyone who picked up trash during our month-long Russian River Watershed Cleanup! We’re still crunching the numbers, but we pulled out at least 16 tires, 4 appliances, and lots and lots of single-use food packaging.Shout out to Rrwa Staff for sponsoring and for all of our partners who helped spread the word while keeping everyone safe! Follow Russian Riverkeeper Clean Team to learn about ongoing socially distanced cleanups or sign up for Russian Riverkeeper’s monthly newsletter at www.russianriverkeeper.org. ... See MoreSee Less

Big thanks to all who made Russian River Watershed cleanup Month such a success! Keep tackling trash and we’ll send you a prize!